Elote (aka Mexican Street Corn) is a common street food in Mexico, hence the nickname. It’s often served on a stick, though you could skip the skewer and make it right on the grill, like you would traditional corn on the cob. If you’re having trouble finding cotija cheese, you could always try feta (which has a similar texture and saltiness, though it tends to have a sharper, tangier taste), or grated parmesan.

As an avowed mayo-hater, I’ve never enjoyed gobs on the stuff on anything—until I tried it on elote, or Mexican grilled corn. It was enough to make me rethink my stance; or, at the very least, make one incredible exception. The mayo becomes more like a creamy sauce, absorbing the flavor of the chili powder, cotija cheese and lime juice. It’s tangy without overpowering the corn—exactly the kind of refreshing treat you could use at your next cookout or backyard BBQ.

This side is fast enough to throw together for an easy weeknight dinner—try it with barbecue chicken or grilled steak—or, at a party, you could set up all of the toppings (adding a few wildcards, like shredded cheddar, crumbled bacon and sriracha) and create a Build Your Own Corn on the Cob Bar. That could be a thing, right? 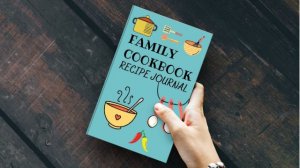